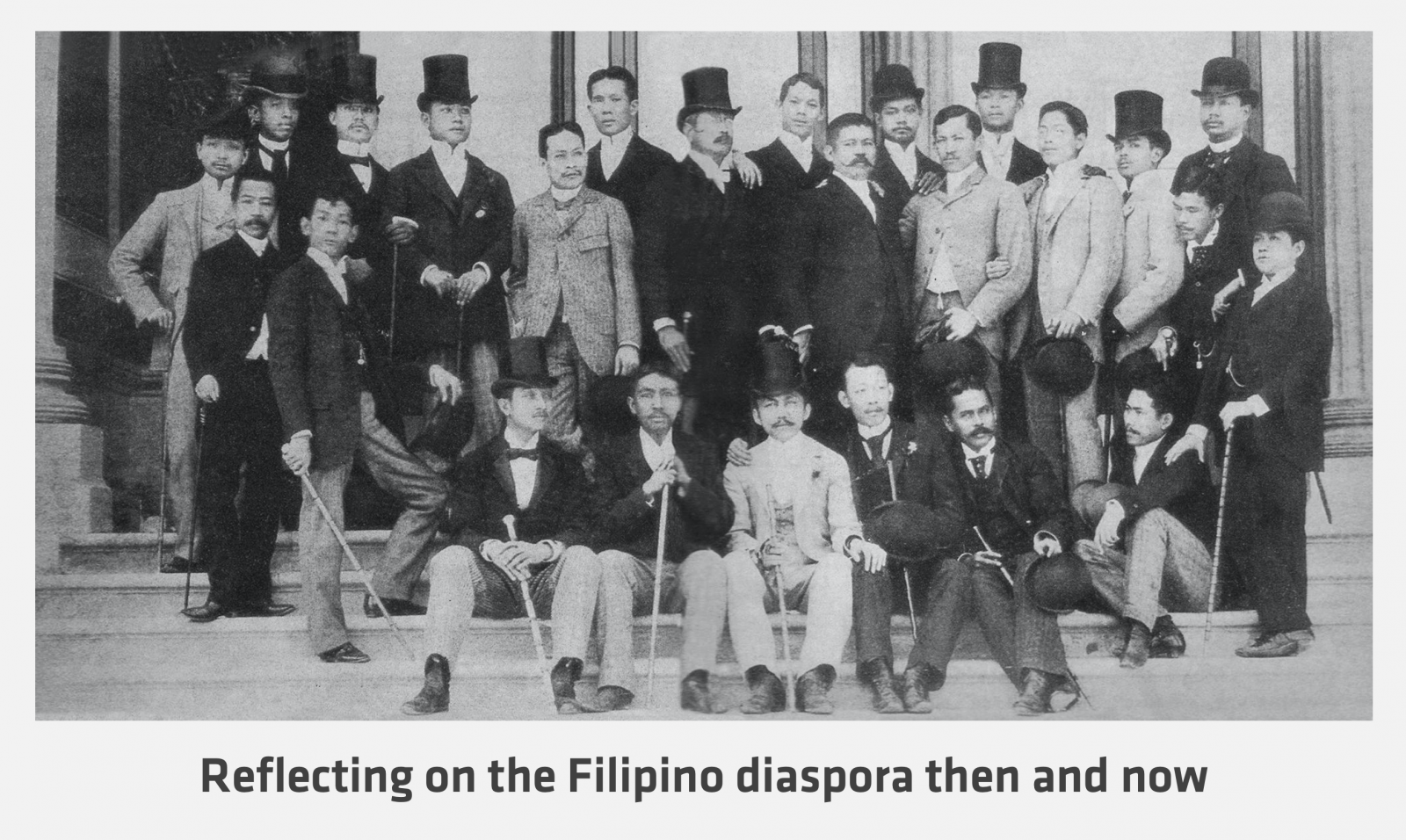 This year, the Philippines celebrates its 123rd year of independence from Spain. Like every year, the day will be marked by celebrations among Filipinos in every corner of the world. No matter the location, the affinity for the homeland stays strong among the Filipino diaspora, not least in Gia, EUDiF’s Capacity Development Intern. To mark the occasion, Gia took the time to reflect on what it’s like to be a Filipina student in France in 2021 and contrast it with the experiences of Filipino revolutionaries who lived in Europe as students in the 1800s.

Celebrating June 12 at home and abroad

On 12 June every year, the Philippines celebrates its independence from Spanish colonial rule, which lasted 333 years and ended in 1898. Back home we mark the occasion with a national non-working holiday and a ceremonial offering of a wreath by our President to our national hero, Jose Rizal. It may be surprising to some, but Independence Day is not the biggest event of the year in the Philippines – Christmas will always top that list! – and the day usually goes by like any other day off.

Among Filipino communities abroad, however, the celebrations are a lot bigger, using 12 June as a reason to gather, wear our national attire, drink beer and eat native dishes that remind us of home. Embassies commemorate the day with a flag raising ceremony followed by a traditional Filipino breakfast. Diaspora communities go the extra mile by organising cultural parades in the streets of New York, ethnic dance festivals in the Netherlands, singing competitions in Dubai and many other cultural activities.

Tracing the diasporic roots of independence

Filipino communities around the world have a reason to celebrate every 12 of June thanks to an early form of our diaspora back in the late 1800s, when a group of Filipino students in Europe gathered to reform the Spanish colonial government that was running the homeland.

Jose Rizal – our national hero – was living as a student in Europe at the time and became well acquainted with prominent scholars in England, France and Germany who introduced him to historical resources that were once out of his reach in the Philippines. Through his networks and access to these materials, he learned about the indigenous cultures of the Philippines that existed prior to being erased by the Spanish colonial government. Through his mentors, Rizal developed liberal ideals in Europe that spurred his political rebellion and dissent against Spanish rule.

Is it not sad, I said to my countrymen, that we have to learn from a foreigner about ourselves? Thanks to the German scholars, we get accurate information about ourselves, and when everything in our country has been destroyed and we wish to verify the historical correctness of certain facts, we shall have to come to Germany to search for these facts – in German museums and books! – Rizal’s letter to his Austrian mentor Ferdinand Blumentritt, 13 April 1887

While he was a student in Europe, Rizal banded with like-minded Filipino intellectuals in Paris, London, Vienna, Berlin and Madrid to form the Propaganda Movement, the first Filipino nationalist movement, pictured in the cover photo above. Between 1872 and 1892, the group developed a strong national consciousness and started to organise themselves around culture and literature. Led by Rizal, Graciano López Jaena and Marcelo del Pilar, these Filipino students would sit in small European cafes to exchange ideas on how to extend their consciousness to the broader population back home.

Their weapon was merely pen and paper, but they managed to spark revolution in the homeland. In Berlin Rizal wrote Noli Me Tangere (“Touch Me Not”) and El Filibusterismo (“The Filibuster”) – two books that scathingly criticised Spanish domination and their maltreatment of Filipinos in their own land. In Barcelona the members of the Propaganda Movement published La Solidaridad (“The Solidarity”), a newspaper that raised awareness in Spain about their government’s brutal colonial ventures, as well as spread revolutionary ideas among its audience back in the Philippines.

The members of the Propaganda Movement were involved in efforts to preserve Filipino heritage and culture, especially during a time when the Spanish colonial government deliberately tried to erase our native systems of writing and local literature. One might even consider the Propaganda Movement to be one of the first Europe-based Filipino diaspora organisations, carrying out the earliest forms of knowledge transfer from the diaspora for the benefit of the homeland. I already knew the history of the Propaganda Movement, but thinking on it this year as I work on EUDiF’s Capacity Development Lab shed new light on the role of the Filipino diaspora in our independence.

Being in the diaspora 100+ years later

Much has happened in the 100-plus years that separate Rizal being in Europe and my own studies here, including the long fight to make quality education accessible not only to the Filipino but also the Filipina. Yet there remain many similarities in our experiences studying abroad. Our decisions to leave the Philippines were driven by the desire to obtain a quality education, as well as the belief that this could best be achieved elsewhere, particularly in Europe, where there is a rich environment for research, learning and innovation.

Why these opportunities are unattainable in our homeland merits its own – difficult – discussion. Nevertheless, like Rizal many generations ago, I count myself lucky to have access to knowledge, resources and networks that have opened my mind and stimulated my curiosity. My professors in graduate school have served as my professional and personal mentors and have provided me a view of the world that I do not believe I would have gained had I stayed within the physical boundaries of my homeland.

Even though the revolutionaries and I are centuries apart in history, the desire to contribute to the homeland and alleviate its perils remains just as strong for me and many in the diaspora. Even though we are no longer formally under Spanish rule (which was then followed by American colonial rule and a Japanese occupation during the Second World War), many of the challenges our homeland faced in the past continue today. Over a hundred years on, we as a people still struggle with governance, human rights protection, language and cultural preservation, provision of quality education and much more. The situation is saddening, but I remain steadfast in knowing that the Filipino community that I belong to in Europe, as well those in other parts of the world, are all working towards making the Philippines better and one day returning to it, like our national heroes from centuries ago.

Countries engage with their diaspora in different ways to commemorate their respective national days. Explore our interactive map to see how diaspora communities come together to celebrate their heritage from afar.

To find out more about diaspora engagement in the Philippines, read our country factsheet.