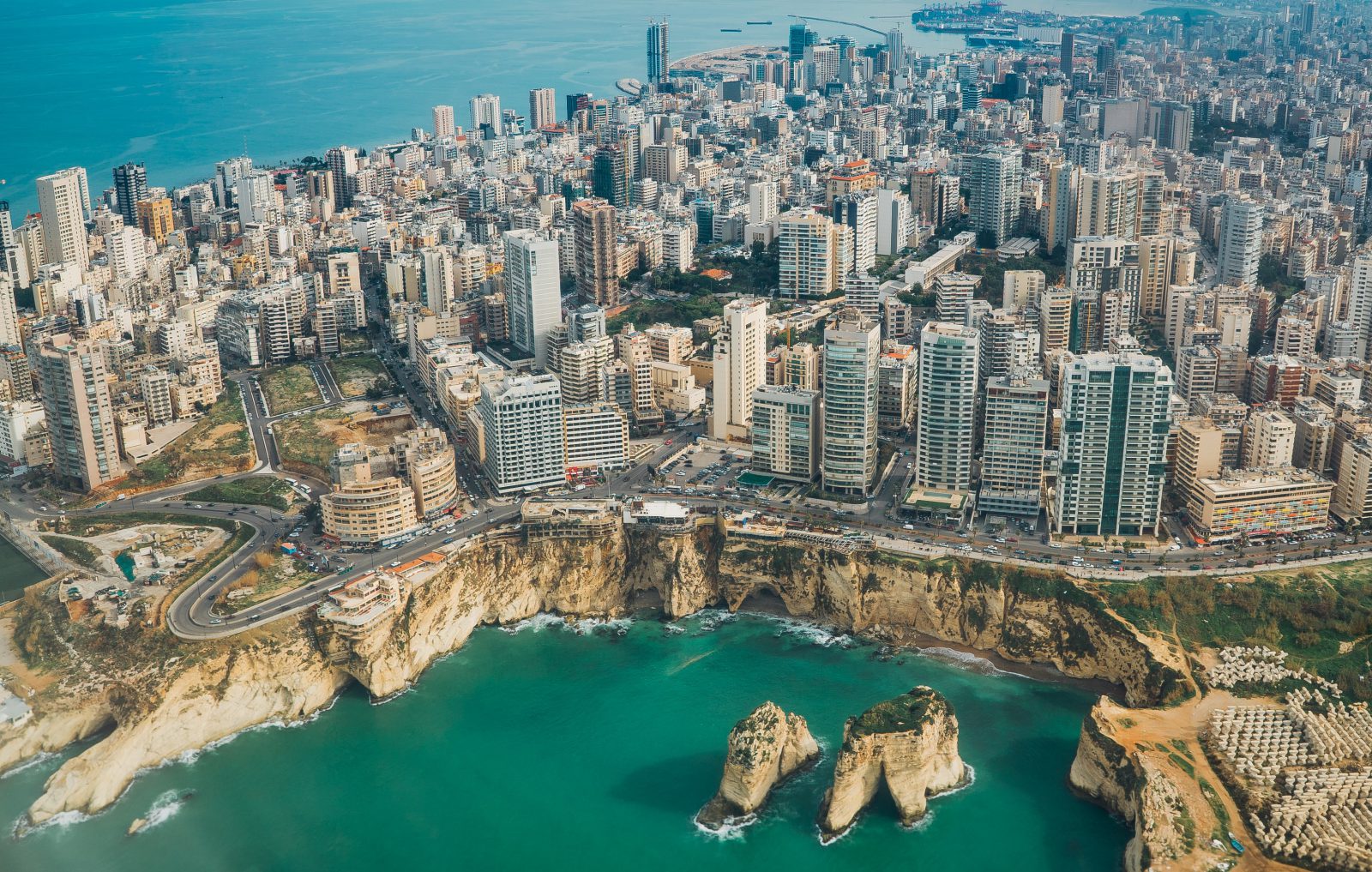 On 22 November 2021, Lebanon’s 78th Independence Day, we spoke to diaspora professional Reina Angoujard. Reina has been an instrumental part of our CDL action with the the Association Franco-Libanaise des Professionnels de l’Informatique (AFPI), a Lebanese diaspora organisation in France, and Berytech Foundation, a not-for-profit incubator in Lebanon with the communication around the Cedars Tech initiative which helps Lebanese tech companies enter the French market. In this interview she shares her diaspora journey and insights on her involvement in this exciting action.

Reina, you were born in Lebanon and raised between France and Saudi Arabia. Could you please share how the experience of living and working in different countries shaped your relationship with Lebanon? Do you identify as a member of the Lebanese diaspora?

RA: I indeed grew up between France and Saudi Arabia, quite different countries to say the least. I had the chance to meet people from all walks of life, different nationalities, and backgrounds. A life lesson that has stayed with me was being taught to respect and appreciate the person and not be influenced by nationality, status, or money; to stay humble and to always look for the positive in every situation. I kept this attitude when I moved to Dubai, spending almost a decade working with students and professors from over 100 countries. I sought the commonalities in our cultures rather than what could possibly separate us. You realise quite quickly that we all have the same hopes and dreams. Nationality is just a piece of paper, really.

Nonetheless, whilst your sense of belonging grows the farther away you are from your country, it also gives you perspective. As an expatriate, I struggled with the reasons my country was always in the news. When I returned to Beirut with my husband, I had the privilege of working with innovators and entrepreneurs, those who want to make a difference, those who see solutions to problems and not the other way around. I harnessed that every day. While I have now returned to France, my hope for my country lies with these very people. I am a proud Lebanese expatriate, part of the diaspora who will help make the change needed.

In recent years, Lebanon has experienced political and socio-economic upheaval. Do you see change in how the Lebanese diaspora interacts with the country in comparison to 10 years ago?

I do. Our biggest contribution used to be to send money back or spend it during our vacations in Lebanon while visiting family and friends. Today, Lebanese expats can make a bigger difference, for example, by voting in the next elections. I think we have a greater sense of what needs to happen for change to take place.

Having worked with entrepreneurs, I know they are the future of our country, they are part of the solution. We need to support them in growing their businesses and expanding worldwide. It isn’t just about the money anymore; it is about opening doors and networking. It is about hiring the Lebanese tech company because they are great at what they do, despite everything working against them. It is about being proud of the achievements of our compatriots, and of the “made in Lebanon” label. This is the role we need to play as expats. Actions speaking louder than words.

What motivated you to become engaged in the action with AFPI and Berytech?

Before leaving Lebanon I had the privilege to see the birth of Cedars Tech. It was still a very nascent project but with so much promise. I loved the mission and vision and the genuine desire to support tech companies in Lebanon. When I had the opportunity to support the AFPI and Berytech team in putting together their communication strategy for the project, I didn’t hesitate to apply for the consulting job offered by EUDiF. It was my way of contributing as an expatriate and a proud member of the Lebanese diaspora.

Within the action, you organised workshops that led to a communication plan for AFPI in their endeavour to support and encourage Lebanese tech companies to access the French market. What are the key ingredients of this plan?

To differentiate Cedars Tech from other expat associations out there, claiming to support Lebanese businesses, it was imperative to build a communication strategy around establishing credibility, introducing the services provided by Cedars Tech, as well as the Cedars Tech ‘seal of quality’. It was also important to truly understand the needs of the local tech companies and not work based on unfounded assumptions. It is about asking the companies what they really need to grow and access the French market and providing tangible services accordingly. The strategy was based on communicating about real solutions, real services, and real actions.

In your experience, what should be taken into account when preparing a communication plan to be implemented by a diaspora organisation vs. a private sector organisation?

Two things. First, it is imperative to talk and listen to the businesses for whom you are developing the strategy. Never work based on unfounded assumptions, and don’t be condescending. Second, you must work within the capabilities of the business; a strategy is useless if the organisation doesn’t have the resources (financial or human) to implement it.

A founding principle of EUDiF is that involving diaspora professionals brings something extra to sustainable development projects. As a diaspora professional yourself, what are the pros and cons of being involved in such initiatives? Could you reflect on some examples from the AFPI experience?

In my case, I had the benefit of knowing about the project before being hired as a consultant. I think it is very important for any diaspora professional to truly know about the initiative they will be working with. While a consultant is expected to be objective and provide the same quality of service to any client, as a diaspora professional, the heartstrings are pulled, and passion becomes a key ingredient: wanting to genuinely support because you know what’s really at stake. However, this can also play against you, because you so desperately want to support and help, but you know things may simply be out of your hands.

My ultimate advice as a diaspora professional is to contribute to the success of the organisations you are supporting, not just with words, but with actions.

Thank you very much Reina, for bringing your expertise and experience to the table and engaging in such fruitful, constructive and open exchanges within the action!

Reina Angoujard’s professional experience, which spans over twenty years, is mainly in the areas of planning, development and implementation of communication and public relations strategies in several sectors in the Middle East. She is currently a communications consultant, having recently returned to France (Quimper in Brittany) with her husband.

Reina held the position of Director of Communications at Berytech, an ecosystem of startups and entrepreneurs in Lebanon for four years. She was responsible for marketing communications at the American University in Dubai for ten years, a department that she created. She was also in charge of client portfolios at one of the leading PR agencies in the Middle East for almost four years. She started her career working with leading media in the Lebanese market.

Citizen of the world at heart, trilingual in English, Arabic and French, she was born in Lebanon, and she grew up between France and Saudi Arabia. Reina graduated from the Lebanese American University in business marketing and holds a dual Franco-Lebanese nationality.

Connect with Reina on LinkedIn.

For full details of the AFPI x Berytech action that Reina is a part of, see our CDL action info-sheet.