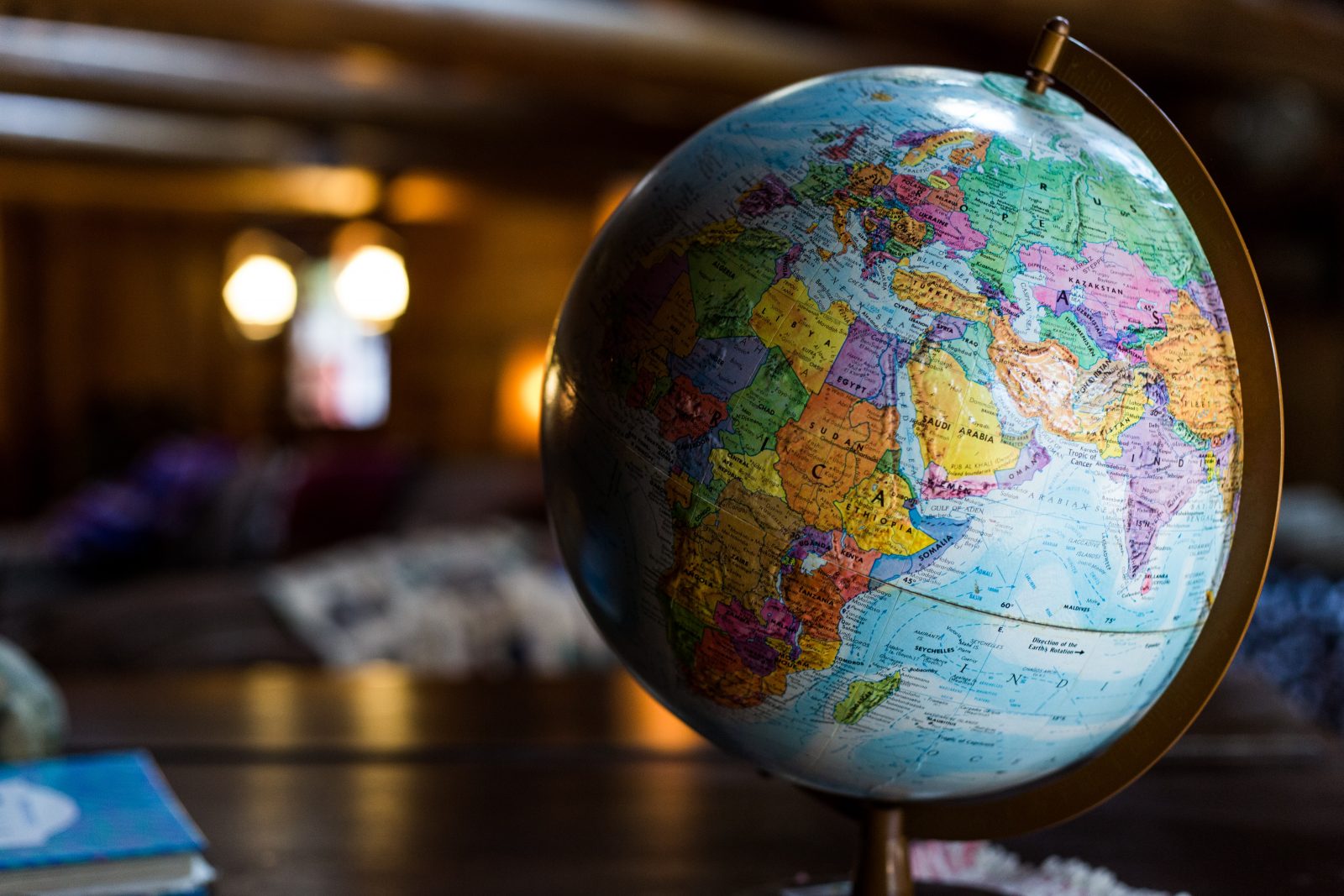 Looking back… to grasp the present

The Ancient Greek word “diaspora” derives from the verb “diaspeirein” which means “to scatter” or “to spread about”. The evolution of this word and its connotation is connected with human history and diverse forms of migrations in general, and Jewish, Armenian and African histories in particular. Since the 1980s, the concept of diaspora and diaspora studies has increasingly gained attention and seen a remarkable upsurge to the point that it now implies, to a large degree, different categories of migrants. Nowadays, the word diaspora is widely applied in journalism, politics and academia as well as in popular usage.

Defining the concept of diaspora is not an easy task. Problems emerge when the definition is either too narrow or too broad. As one scholar put it, “as a concept, diaspora produces powerful insights into the world that migration creates, but it can also produce some powerful distortions, depending on how the term is used and for what purpose.”

Whilst it is a delicate matter to formulate the concept of diaspora, it is a requisite for policy-making purposes, building bridges and establishing collaborative environments, to name but a few. For instance, for the African Union, “the African diaspora consists of peoples of African origin living outside the continent, irrespective of their citizenship and nationality, and who are willing to contribute to the development of the continent and the building of the African Union”. The Moldovan Government considers that its diaspora includes “the citizens of the Republic of Moldova settled temporarily or permanently abroad, the persons originating from the Moldova and their descendants, as well as the communities established by them.” For the Irish Government, “the Irish diaspora comprises emigrants from Ireland and their descendants around the world and those with a tangible connection to Ireland”.

The proliferation of the term ‘diaspora’ since the 1980s can be linked to historical events (e.g. decolonisation, collapse of the Soviet Union), displacement of certain populations on various continents, the increase in numbers of migrants, forced displacement, technologies facilitating communications, etc. The need to codify groups created by these developments explains why the term has become popular despite not being homogenous. These developments also led more and more governments to, for the first time, put in place measures to connect with their citizens or descendants abroad, often in search of economic or political support. Back in the 1980s, there were only a few diaspora-related governmental agencies in the world. Their numbers have rapidly increased since then, with more than half of today’s UN Member States having public authorities dedicated to diaspora engagement.

Why engage with diasporas?

The spike in the number of governmental agencies, but also of diaspora organisations, within a relatively brief period, has triggered policy debates; innovative ways of engagement, communication and connection; establishment of dedicated policy frameworks; involvement of diaspora in development projects; and extension of rights or the participation of diasporas in the political life of their homelands.

A new narrative on the role of diasporas has quickly emerged, with diasporas being labelled variously as “agents or vectors of development”, “key actors for maximising the positive impact of migration for development”, an overseas “region” of the country, a “national asset” or “powerful actors” owing to their influence and financial resources.

The emergence of a new institutional landscape and discourse recognising the added value of diaspora has been accompanied by a new tide of interventions, which have become a prominent trend in recent years, implying the development of diaspora-dedicated policy frameworks (e.g. national plans, strategies, policy documents) or the mainstreaming of diaspora matters in comprehensive migration, or migration and development, policies. The analysis of existing policy documents points to three policy typologies applied by governments: the objective of the first is to build diaspora communities through (dual) citizenship or extended cultural rights for emigrants and their descendants. The second approach aims at connecting diaspora communities with their country of origin by means of socio-economic and political rights, opportunities and obligations (e.g. voting rights, special taxes, exemptions). In addition, a new policy pattern is steadily emerging among countries of origin: support for integration in the countries of destination. However, one of the main policy challenges derives from the unclear definition of diaspora, the debate on which is ongoing.

Diaspora policy-making is driven by a wide range of national, regional and international factors, including the characteristics of those who leave (and why); discourses on emigration and diaspora; political reasons; identity formation; economic, trade and investment interests and patterns; provision of public goods (e.g. healthcare or education); transfer of knowledge and technologies; regional or global cooperation. Irrespective of the drivers, it is obvious that the impact of diasporas on public institutions and policies becomes more salient, complex and comprehensive, as diasporas grow more organised, vocal and visible.

ICMPD supports diasporas – because they matter!

Promoting diaspora engagement is a major part of ICMPD’s work. Since 2007, the organisation has been involved in a wide spectrum of activities ranging from policy advice, research and capacity building, to direct support to diaspora organisations, thus corresponding to the ICMPD three-pronged approach.

ICMPD’s Working Paper “Promoting Diaspora Engagement – What have we learnt?” highlights four areas which are important for diaspora engagement and which the organisation has been pursuing for a number of years. The first and second areas “getting to know the diaspora” and “supporting States in developing tailored diaspora engagement policies and approaches” form the foundation for successful diaspora engagement policies by creating the evidence base, and the political and institutional framework. In the third and fourth areas, “empowering the diaspora” and “creating spaces for government-diaspora interaction”, ICMPD promotes the idea of working directly with the main stakeholder – the diaspora.

Globally, through the MIEUX Initiative, ICMPD has provided expertise to Ghana, Madagascar, Malawi and Mauritius in the process of developing diaspora-related policies. In the same vein, in Georgia, the ENIGMA Project has contributed to the development of the Diaspora Engagement Strategy and the Silk Routes Project has offered similar support to Iraq, as well as to Afghanistan and Pakistan by including diaspora-related matters within broader migration-comprehensive policy frameworks. Our lessons learnt on how to conceive diaspora engagement policies can be found in the Operational Guidelines “Enhancing Diaspora Engagement” produced in 2013, within the framework of the AMEDIP Project.

With a view to ensuring a policy-making process anchored in updated and timely evidence, ICMPD has engaged with various governments in conducting targeted studies feeding into policy development exercises. For instance, the EU-India Cooperation and Dialogue on Migration and Mobility Project carried out mappings on the Indian diaspora in Germany, Ireland and Italy; the first Study on Libyans Abroad was commissioned by the project Strategic and institutional management of migration in Libya; the Profile of Jordanian Expatriates was completed under the JEMPAS Project; while the Link Up! Feasibility Study (funded by the Austrian Development Cooperation) analysed the role of diaspora entrepreneurs.

Delivering capacity building to both governments and diaspora organisations is essential in order to strengthen and empower them, as well as to build trust and identify new forms of engagement between them. In this respect, ICMPD, through the MICIC Project, has built the capacities of public authorities and diaspora groups in relation to protection of migrants in countries in crisis; the ENIGMA II Project offers training to Georgian diaspora organisations on protection aspects; the Support project to the Migration Mobility Dialogue (MMD) works closely with the African Institute of Remittances by providing institutional support; the City-to-City (MC2CM) Project organises peer-to-peer learning events for cities and civil society organisations from North Africa, Sub-Saharan and West Africa, and the Middle East.

Sharing collaborative practices and experiences on engaging with diasporas is achieved by various means, including via established migration dialogues as tools that strengthen migration governance at regional level. The Rabat Process, the Prague Process and EUROMED Migration IV create spaces of learning and exchanges on emerging diaspora matters by embedding the outcomes of capacity building or research activities, as well as country policies or expertise, within their dialogue platforms.

Lastly, providing direct support to diasporas is of paramount importance when it comes to strengthening their capacities to engage with governments and other stakeholders. The ERGEM project, finished in 2014, organised counselling events for Georgian diaspora communities in Athens, Berlin and Istanbul. The MMD Support Project co-funds the Africa-Europe Diaspora Development Platform (ADEPT), an umbrella organisation uniting African diaspora development actors across the European Union (EU).Thanks to the breadth of experience in diaspora engagement, ICMPD’s main lessons learnt on diaspora engagement include, but are not limited to, the following:

On 1 January 2018, 22.3 million people with citizenship of a non-EU Member State, and 38.2 million people born outside the EU resided in the EU. The EU represented 24% of official global remittance flows (i.e. US$147 billion) in 2017. The EU has formally acknowledged, the role of diaspora as “agents of development in their home countries” (EC 2005 Communication “Migration and Development: Some concrete orientations”) since 2005. This leitmotif recurs over the years in subsequent European Commission and Council policy documents, including the EU development policy.

To underpin these policy orientations, a variety of projects, at national and regional level, have been funded by the EU through diverse mechanisms. Despite the longstanding acknowledgement of diaspora potential for development, and the range of policies and actions in place, the absence of a consolidated platform for dialogue between the actors has been a limiting factor.

It is against this backdrop that in June 2019 ICMPD started implementing the EU Global Diaspora Facility, a 42-month project – with a total budget of €5 million – funded by the EC/DG DEVCO, and capitalising on ICMPD’s acquired experience and know-how.

The Facility will bring together research, policy-making, dialogue, capacity building and diaspora expert deployment so as to bridge existing gaps, for instance between policy development and research, to test out or consolidate concrete modes of engagement (e.g. diaspora experts’ mobilisation) and create a laboratory of innovative ideas and policies, based on needs, priorities and emerging realities.

The new initiative intends to create a better environment for engagement and collaboration between governments, diaspora organisations and the EU. In doing so, the Facility will conduct extensive research on how governments and diasporas collaborate and share and promote good practices. It will also provide capacity building both to diasporas and governments with a view to enhancing the enabling environments in the countries of origin. It will also offer a platform of dialogue between the EU, diaspora groups residing in Europe and governments of countries of origin through dedicated meetings and an Annual EU Global Diaspora Forum. A diaspora expert roster will also be developed and an expert mobilisation mechanism will be put in place so that interested diaspora specialists can be deployed to their home countries or regions to contribute to development projects and institution-building.

The project takes a globally inclusive approach, involving governments and diaspora organisations alike, but also other relevant actors, such as development agencies, civil society organisations, and the private sector from around the world.

EUDiF will capitalise on the existing wealth of knowledge and practices on diaspora engagement, consolidate what exists, create innovation, construct partnerships and networks, and coordinate and collaborate with a large spectrum of relevant actors (the 5C approach).

All projects mentioned in this article are funded by the European Union unless otherwise specified.