This page provides an overview of diaspora engagement in Africa. It draws on knowledge gathered during the mapping of 41 countries to study relevant policy and institutional frameworks, trends, good practices and recommendations at regional level. A long-form version of this regional overview is available to download in English and French.

Africa, compared to other regions, has made significant efforts in diaspora engagement at continental level, complementing national efforts. Since its creation in 2001, the African Union has systematically engaged the diaspora, based on the belief in the need for partnerships for effective development.

Institutionalisation of diaspora engagement is a trend seen at national and continental level. Of the 41 countries mapped, 21 have a specific policy or are in the process of drafting one, and 30 have a dedicated institution. Benin, Senegal and Rwanda began their institutionalisation journey in the early 2000s, whilst the majority of countries followed suit in two waves, after the Sandton Declaration in 2013 and Agenda 2063 in 2015.

Sub-regional dialogue frameworks such as the Rabat and Khartoum Processes help to create the necessary conditions and political will as well as to provide opportunities for peer exchanges to allow countries of origin to develop their diaspora engagement framework. As a result, countries in these regions tend to be more advanced in institutionalising diaspora engagement.

2001
2001
Creation of the AU Citizens and Diaspora Directorate (CIDO)

CIDO provides leadership, coordination, and practical guidance to AU member states in relation to the development and implementation of diaspora engagement frameworks. In 2019 it created a Diaspora Engagement Self-Assessment Tool (DESAT).

The Diaspora Division was established in 2007; it takes directives and instructions from CIDO and serves as the focal point for implementing the AU’s diaspora engagement positions.

Article 3 of the protocol recognises the key role of the African diaspora as a development actor.

At the Global African Diaspora Summit in Johannesburg, South Africa, the AU recognised the diaspora as the “sixth region” of Africa, and called upon African governments to involve their diasporas in national development. The Sandton Declaration prompted Cape Verde, Kenya and Morocco to develop new diaspora policies and a policy was drafted in Tanzania. It also stimulated the development of programmes and initiatives to better harness diaspora capital (financial, intellectual, social, political, and voluntarism) for national development.

Agenda 2063: The Africa We Want is a strategic framework to position Africa in the global arena. It states that “active engagement of the Diaspora can be one of the key drivers of change for Africa’s development; contributing to strengthening of African economic independence through investment, expertise and general political, cultural and social solidarity”.

The Agenda 2063 envisages that the diaspora will be integrated into the democratic processes of all African nations by 2030 and that dual citizenship will be the standard by 2025. 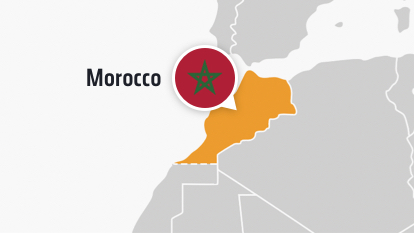 The Moroccan government has increased civic and political rights for Moroccans abroad and developed dedicated policies and programmes. Morocco has invested in diaspora engagement institutions and includes its civil society in its approach. For example, the Hassan II Foundation for Moroccans Residing Abroad and the Mohammed V Foundation for Solidarity are NGOs which coordinate a large part of the country’s diaspora engagement.

In response to the increasing trend for diaspora entrepreneurs to return to Morocco to set up businesses, there is more interest being shown in supporting start-ups and innovative industries. 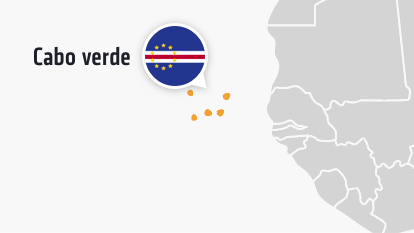 Cape Verdeans living abroad have had the right to vote in presidential as well as legislative elections since 1992. Six members of parliament represent Cape Verdeans abroad: two each from the Americas, the rest of Africa, and Europe.

Cabo Verde has sought to strengthen the business and investment climate, including efforts to improve the efficiency of public administration to deliver services to citizens and businesses, including the diaspora trough the creation of the Casa do Cidadão (Citizen’s House) in 2007.

Additionally, DIAS de Cabo Verde (Diaspora for Development of Cape Verde) mobilised the human, social, and professional resources of the country’s diaspora for the capacity building of key development sectors such as health, education, infrastructure, and tourism. 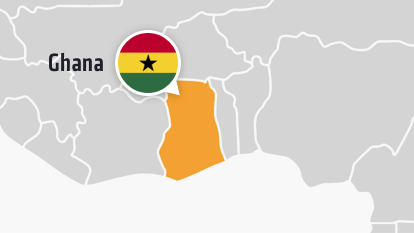 Although Ghana does not have a diaspora engagement policy, it has a history of proactive engagement, starting from the PANAFEST African diaspora celebration in the 1990s. The diaspora is considered Ghana’s ‘11th region’ and the government has made several notable steps such as permitting dual citizenship to anyone of African descent, including the development role of remittances and establishing the Diaspora Affairs Office (DAOOP) in 2017.

In 2019, Ghana organised the Year of Return, reaching Ghanaian and African diaspora communities across the world. It is being followed up Beyond the Return, a decade-long project with the theme, “A decade of African Renaissance – 2020-2030”. 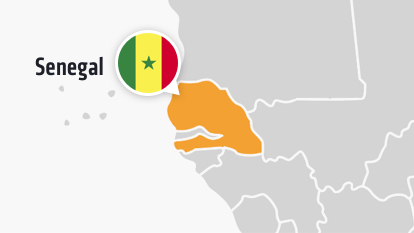 Senegal has a threefold approach to diaspora engagement. Firstly, the establishment of systems and institutions for the management and monitoring of Senegalese abroad, the foremost of which is the Direction Générale des Sénégalais de l’Extérieur (General Directorate of Senegalese Abroad, DGSE; municipalities have also developed territorial migration profiles to better understand and engage with diasporas. Secondly, encouraging the diaspora to engage in Senegal’s economic development, especially through investment. Lastly, attracting the return migration of highly skilled diaspora professionals.

Senegalese diaspora have the right to vote and to be elected in Parliament. 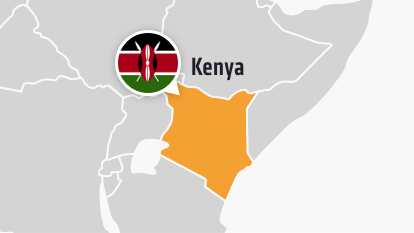 Kenya recognises that its diaspora acts as cultural and brand ambassadors and has vital skills for national development. It has made engagement an integral part of its foreign and national development policies and invested in institutional structures, including dedicated diaspora portals for each Kenyan embassy and consulate.

Kenya has successfully issued diaspora bonds open to all investors including foreign individuals. It followed these with the first Eurobond issuance for US$2.6bn in 2014, and a 2018 issuance of US$2bn. In 2017, Kenya took a pioneering step by launching M-Akiba, the world’s first ever mobile phone-based bond. 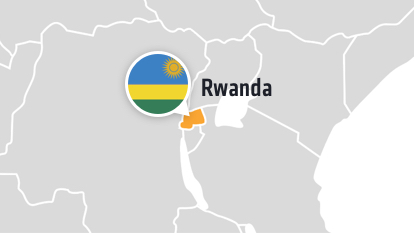 In Rwanda, dedicated structures to facilitate diaspora engagement began to emerge in the early 2000s. In 2001, a diaspora desk was created in the Ministry of Foreign Affairs and Cooperation, and in 2008 it was formalised to become the Diaspora General Directorate.

Rwanda works directly with Rwandan community associations based in countries of settlement; these have a significant support base in the diaspora and are able to mobilise people and resources quite effectively for initiatives in Rwanda. Simultaneously, the government has also reached out to those who are politically neutral and invited them to participate in Rwanda’s development and reconstruction.

Nigeria and Ghana go further and include in their definitions those of the historic African diaspora who choose to identify with and support Nigeria/Ghana.

Francophone and many Anglophone countries (see 1) use “diaspora” widely, whilst Arabic speaking states (see 2) in North Africa tend to avoid “diaspora” because of the politically sensitive connotations of the Jewish and Palestinian diasporas. 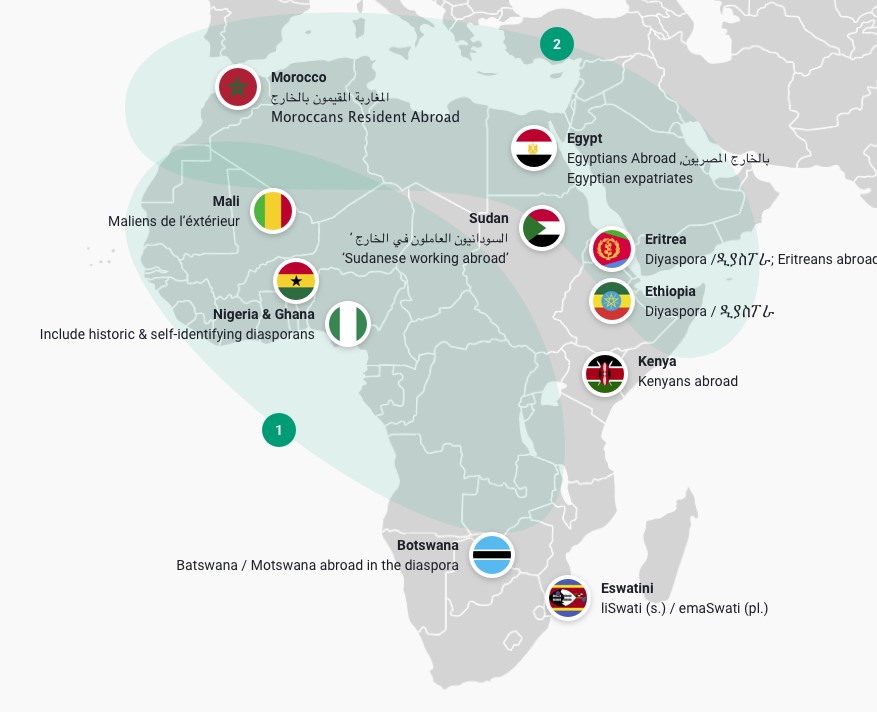 African states need to know their diasporas in order to be able to propose adequate opportunities for engagement. Data collection exercises, such as diaspora mapping and profiling in host countries, are a key first step in this regard. The capacity to collect and analyse the data of national institutions needs to be further strengthened.

Some diaspora groups can be unwilling to collaborate for different reasons (e.g. political, religious, ethnic). This is often the case in post-conflict settings. Similarly, many governments tend to focus their engagement policies and actions on only one segment of the diaspora (i.e. those sharing similar political views and/or the wealthier).

In order for a diaspora engagement policy to be coherent, all segments of a diaspora, including the most vulnerable, should be embraced by policymakers. National authorities could collaborate further with embassies and consulates as well as diaspora organisations. Taking an inclusive approach can help fight against polarisation within the diaspora and increase trust on both sides.

Most states have National Development Plans that have already been in operation for at least a decade. It is important that diaspora engagement policies build on these, not only to mainstream diaspora engagement in development at national and local level, but also to avoid duplications and overlap.

Diaspora engagement should be mainstreamed in development at national and local levels in order to strengthen the role of the diaspora in the sustainable development of a country. Some African states, such as Senegal, have already taken successful steps in this regard, and less advanced countries may take inspiration from this example. Additionally, diaspora engagement policies necessitate differentiated objectives that take into account the diversity of the diaspora. For example, the vast majority of African countries have tried to attract remittances, but the diaspora may have much more to offer and this should be taken into consideration in the policy development process.

Networking spaces could be strengthened and supported, including exchange platforms between governments and diaspora organisations. As several diaspora networks are already well established at African level, it would be interesting to share lessons learned with peers based in other regions of the world. In addition, thematic peer exchanges could be developed with a view to creating thematic networks across regions.

Data collection exercises and outreach events in host countries could further consolidate knowledge of the mosaic of diaspora organisations and support collaboration.

It is important to embrace divergent local realities and the diversity of diaspora segments and priorities in Africa. Capacity development support should not aim at standardising diaspora engagement policies and practices; instead, it should coordinate support for states and diaspora organisations to develop the most appropriate tools and technical skills needed over time. Capacity development programmes need to be conducted jointly by diaspora organisations, local/national actors; they should be designed jointly in order to build on existing efforts effectively and promote joint ownership.

In order to avoid loss of institutional memory due to turnover of staff in governmental institutions, there is a need to institutionalise capacity development efforts and invest in methods of cascading knowledge and skills (e.g. training courses for trainers).